GuardTools is an innovative and forward thinking operational support system specifically designed, but not limited to, the security industry. The attention to detail within the system leaves no room for ambiguity between security providers and their clients.

With inadequate focus on price, the security industry can often be identified as a minimum wage; low margin; poor profit industry. Often resulting in an insufficient service, providing little to no client reassurance as a by-product of poor planning and inconsistent reporting. Using GuardTools you can facilitate patrols, audits and many other security processes where there can be no doubt about authenticity of the results. This gives clients real-time and trustworthy reports.

In the security industry, planning duties to be carried out within a specific frequency can be somewhat of an operational nightmare.  Using the GuardTools workflow planning system, tasks are never missed and will only show up when required. Subsequently, the client is provided with an instant record where data can be collated into meaningful graphs, if and when they might be required

Further benefits of GuardTools are immeasurable. As an example, the security provider is able to identify to the client the vulnerable areas of their building, identifying which doors are repeatedly left open, therefore enhancing the safety of a building. In addition, daily reports of information can be utilised to enhance the maintenance of a building by incorporating fire alarm and first aid box checks within daily duties.

Using GuardTools our team are equipped to build incident reports for clients. The way the system works is so straightforward and instantaneous, clients are able to access their information with just a few simple clicks. 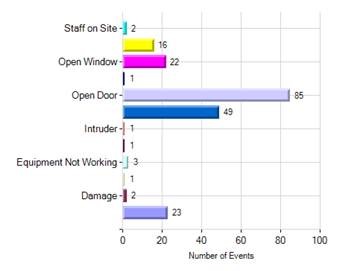 The same client would then like to identify which area of their building is causing them the most concern. GuardTools, again is able to provide an instant report which shows that the bike shed is the biggest concern with 139 incidents over the past 6 months. 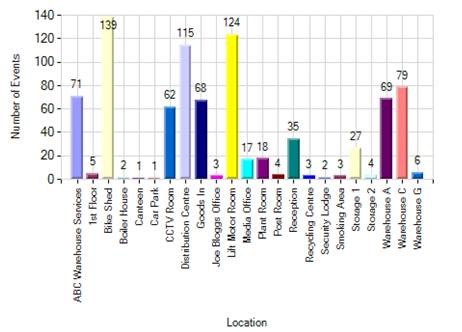 The client would then like to see a breakdown of those 139 incidents to see what is exactly causing the problems. The GuardTools reports are fully interactive and can be easily broken down with a simple click. The drilled down report shows that 12 out of the 40 incident reports from the bike shed were lights being left on. 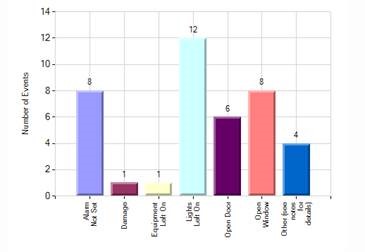